This was my first proper module with the OU and I really enjoyed studying it.  However, this is the module which is the least easy to recollect, which is why it’s great for me to get the old books out again and rekindle the memories.

I started it on 9th February 2008, back in the days when modules began twice a year, in February and in October.  Unfortunately nowadays they mainly start in October, which ties in with the academic year.  I much preferred starting modules in February, yes it meant studying over the summer, but this was much more preferable to me than studying over Christmas.  Anyway, I digress.

There were two ways to study the Introduction to the Humanities module, online (AZX103) or offline (A103).  Apart from the obvious, I really don’t know what the difference was, as the books all arrived neatly packaged up and everything I needed to study the course was there in front of me and it’s really strange looking back at the DVDs and audio CDs now that everything is completely online! 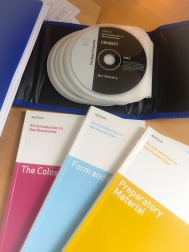 This module had 7 blocks:

2) The Colosseum – this was an early introduction to the Roman world and with revisiting AZX103 I realise that I’ve practically come full circle as my final module A340, The Roman Empire, focused on the Colosseum too.  I also paid a visit to Rome a couple of weeks after A340 began in 2015 and went round the Colosseum, amongst other places and I forgot entirely about studying it on AZX103!

3) History, Classicism & Revolution – this block was to introduce students to the basic purposes, methods and principles of historical study.  Brilliant block for a future wannabe historian and although parts of it were somewhat dry I enjoyed my little foray into how to study history and it laid the groundwork for what was to come.

4) Religion & Science – this introduced 3 key areas; why study religion, what is religion and how should religion be studied.  The history of religion has always interested me.  I’ve never quite understood how religion has such a hold on people, the culture of religion I totally get, but not the beliefs of many of them.  Not going to go into that here though, I may go into that when I write about the one module I dropped completely, A332 Why Is Religion Controversial.  Why indeed.

5) Myths & Conventions – again looking back at this module it surprises me how much I studied here that I revisited again in later modules.  This block introduced me to Pygmalion (which till then I’d only known as My Fair Lady) and Medea.  Brilliant both of them and I do have a lovely memory of enjoying reading Pygmalion in the garden on a hot summer day.  But one of the other books, Wide Sargasso Sea I didn’t really get to grips with.  Maybe because I loved Jane Eyre so much that I felt it was a bit presumptuous for someone to write a kind of prequel to it.

6) The Sixties: Mainstream Culture and Counter-culture – this was a bit weird as I was born in the sixties and whilst I don’t remember much of it (!) it felt a bit strange studying an era in which I was alive and kicking.  But it was interesting and one of the sections I remember quite well was about Rothko and his red paintings which meant so much more (apparently) than just red and maroon splurges on a canvas.

7) Looking Back, Looking Forward – this block consolidated the whole course and was meant as a way of determining where your future studies lay, in which one of the 8 disciplines of Art: art history, literature, music, philosophy, classical studies, history, religious studies and the history of science.  For me, back then, this meant the history route, although ultimately I went down the classical studies pathway.

There were 9 TMAs in total, with TMA09 being one in which we received the question in a sealed envelope which we were told not to look at before we were to answer it.  We were allowed to do this at home, but without looking at our books or ‘external sources’, without interruptions and the whole thing was supposed to take 2 hours.  I was very good and didn’t peak and on Tuesday 16th September 2008 at 2.30pm I chose the two questions I wanted to answer and then submitted it THROUGH THE POST!  No online eTMA system back then!

My tutor for this, HC, I never met.  Or spoke to.  But she was nice on email and granted me the only ever extension that I’ve requested to submit a TMA.

I don’t remember the marks I got for the TMAs, I didn’t write them down (unlike me) but the result for the whole module came through on 8th December in the post.  The result was either Pass or Fail and I was very pleased that I’d passed as I’d really enjoyed the module.

With this sunny outcome behind me I went whistling and marching happily into the future and onto the next module which turned out to be my utter nemesis….A200 😱😱😱. 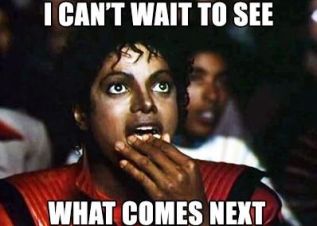